There are various kinds of rhinitis, and the cause varies.

It is thought that it becomes rhinitis and hay fever because of the birth and the decline of the temporary immunity, the intake of the allergen, and the reaction.

In allergic rhinitis, those that are the cause (allergen),

In particular, there are people who cause rhinitis symptoms when they are painting waterproof paint or paint on the outer wall in a large scale renovation of the apartment, and there is a thing that allergic symptoms such as to be sued for itching of the eye at the same time is seen.

Because the meridian of the Yang Ming Sutra (stomach and colon) flows around the nose, it is thought that the symptom of rhinitis appears when the lifestyle which overdoses the food which becomes high energy is continued.

Policy for the treatment of allergic rhinitis, hay fever and chronic rhinitis

Dietary improvements such as sugar (including wheat flour), fructose, and other foods that are prone to rapid hyperglycemia, such as animal protein, fibrous plants, and green and yellow vegetables are necessary.

There are many cases that have been improved only by acupuncture treatment without taking sugar and wheat flour in particular. 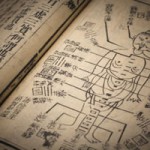 The idea of acupuncture treatment in our hospital lowers the QI gathered in the upper focus (direction on the body), raise the Qi blood in the lower focus (downward).

By doing so, we will improve the flow of Qi blood inside the body.

In addition, the metabolism is raised while suppressing appetite, and the excess heat is pulled out and it makes it to the body which can be discharged poison.

By doing so, the gastrointestinal heat is removed and the rhinitis and hay fever will be improved.

Three months to six months are a standard of treatment while taking control of the meal.
※ There are individual differences.