Menopause is often thought of as a symptom that occurs only in women, but it also occurs in men. ( In men, it is called as “late-onset hypogonadism” or “partial androgen deficiency of the aging male”.)

It is generally said that it happens a lot in women.There are no organic diseases in the ovaries, other visceral fistulas, muscles, skeleton, blood vessels, or nerves.However, it is said to be a syndrome mainly composed of various indefinite complaints centering on autonomic dysfunction due to a complex intertwining of the hormone estrogen associated with ovarian function decline and social, environmental and personal factors.

Menopause is generally referred to as the transition period between reproductive (sexual maturity) and non-reproductive (old age), when ovarian function begins to decline and disappears.

In general, this is a total of 10 years, 5 years before and after menopause.

The average Japanese menopause age is 50.5 years, and the menopause is around 45 to 55 years old. 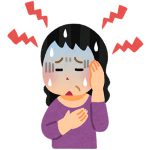 The number of eggs that a woman can ovulate in her lifetime is fixed, and when menopause, follicles with normal function gradually decline and decrease, and the menstrual cycle becomes irregular.

And, the non-ovulation cycle is repeated and it becomes the menopause.

When you go through menopause, your follicles disappear.

At that time, the secretion of the hormone estradiol from the follicle decreases, and LH (luteinizing hormone) and FSH (follicle stimulating hormone) secreted from the pituitary gland preloveitor (FSH) increase conversely.

Ovarian function is reduced and the period of transition to menopause is expected to last for about five years.

Estrogen is present even after menopause because androgens secreted from the adrenal cortex are converted into estron (E1) in adipose tissue.

Menopause is thought to be angered by over-secreted LH and FSH affecting the autonomic nerve center. 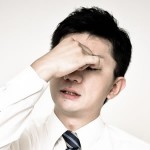 It is said that men also have menopause.

It is assumed that it is due to the secretion decrease of the male hormone by aging.

( In men, it is called as “late-onset hypogonadism” or “partial androgen deficiency of the aging male”.)

The main symptoms are

And the decrease in male hormones may cause symptoms such as less hair and slow beard growth.

Some of my acquaintances, who have menopause, have said that they can’t spend time in the middle of winter unless they wear thin clothes, so men should be careful.

How to treat menopause

How to treat Western medical menopause 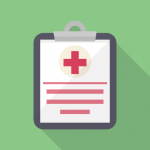 Hormone replacement therapy (HRT) is prescribed an estrogen monotherapy or an estrogen-progestogen combination.

However, as a side effect, breast cancer, illegal genital bleeding, arteriosclerosis, endometrial cancer, ovarian cancer, migraine, etc. are supposed to occur, so please have your doctor explain it properly.

There is also a method of counseling as a psychological and psychotherapy.

Depression, malignant disease, and thyroid disease may be suspected due to similar symptoms and prevalent age, so I think it is important to have a doctor do a detailed examination first, without judging amateurs.

In oriental medicine, the uterus is called a girl’s follicle, and is said to function under the influence of kidney – qi (the feeling of being congenitally confined).

The kidney is a word that expresses not only the kidney but also the function including the kidney at the same time symbolically.

And, it is said that the kidney is the master of reproductive and growth by keeping the spirit, bringing the original spirit.

Therefore, it is thought that the kidney weakening by the kidney decline, and the function of the pregnancy and the birth decreases, too.

On the other hand, it is said that the liver stores blood as well as the liver itself.
The liver is said to manage the flow of muscles, qi and blood.

Furthermore, since the meridian of the liver passes through the genitals in both men and women, it becomes menstrual irregularity or endometriosis when the function of the liver may be disturbed due to mental stress.

On the other hand, when the liver weakens, it affects the genitals, and it happens to be seen in the symptom of the menopause, and the liver is influenced by the decline of the kidney, and it becomes a state of depression.

Acupuncture has no side effects like medicine, and my clinic treats massages, so you can feel at ease and receive it comfortably.

In addition to improving stiff shoulders and back pain, insomnia, irritation, depression and gastrointestinal disorders are also adaptive symptoms of acupuncture.